The ONR Board's role is to provide leadership, set strategy, agree the overarching policy framework within which ONR operates as a regulator, agree and monitor resources and performance and ensure good governance. The Board is chaired by Mark McAllister under the terms of ONR's framework document. 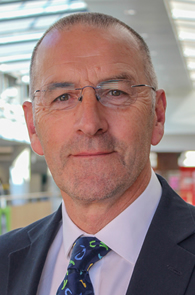 Mark McAllister was appointed as Chair of ONR in April 2019.

He is an engineer by profession and has worked in the international oil industry since 1979.

He served as Chairman of Oil Spill Response and Prevention Advisory Group (OSPRAG) which formulated the joint response of the North Sea oil industry, trade unions and government to the Macondo blowout in the Gulf of Mexico.

He has helped pioneer a new marine heavy-lift technology aimed at ensuring the safe and efficient removal of large offshore oil and gas platforms.

In 2009, he was awarded an Honorary Doctor of Technology from Robert Gordon’s University in recognition of services to the oil industry.

Mark is currently a non-executive director for the Oasis Charitable Trust, a multi-national charity employing over 4,000 staff. He is also a Member of the Public Chairs’ Forum Management Committee.

Jean was appointed on 1 October 2020 for a three year term and is the Chair ONR's Security Committee. Jean was the founder and Chief Executive of the UK National Skills Academy Nuclear (NSAN) for its first 10 years. This followed a career involving senior management, leadership and policy development roles in the private and public sector. In 2018 she was appointed as a Non-Executive Director on the Board of the World Institute for Nuclear Security (WINS).

Jean was actively involved in UK nuclear policy through her membership of the Government's Nuclear Industry Council and as Chair of the Nuclear Energy Skills Alliance. These partnerships worked to ensure the highest standards of safety and security across the UK nuclear programme. 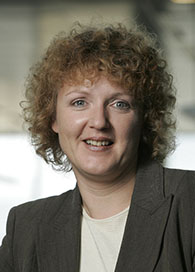 Tracey was appointed on 1 June 2020 for a five year term. Tracey has spent much of her career working in the utilities sector with United Utilities Plc. and gained extensive Operational and Asset Management experience, culminating as General Manager Network Operations providing multi utility services for 7 million customers in the North West of England. Tracey was Transition Manager for the first water industry operations outsourcing contract involving Welsh Water and United Utilities Plc., with Welsh Water moving from seventh to first in the OFWAT regulatory ranking.

From 2004 to 2006, as Head of Programme Delivery, Tracey was responsible for the delivery of Scotland's £2.3bn water and wastewater capital infrastructure programmes. She managed this delivery programme through a seven-partner Joint Venture organisation with Scottish Water. The unique nature and success of the Joint Venture has been recognised through numerous industry, customer, stakeholder and environmental awards.

Tracey now balances a non-executive and independent consultant portfolio. Her consulting work is focused on business development and programme management mainly in energy and infrastructure sectors. She has previously held Non-Executive roles with Highways Agency, Office of Rail and Road and UK Coal Ltd. Currently she is the Independent Chair for Scottish and Southern Electricity's RIIO-2 Enhanced Engagement Group, Chairman of AGT Ltd, Board member of Energy and Utility Skills Group and Non-Executive Director with Transport for Greater Manchester. She has a BSc in Chemistry. 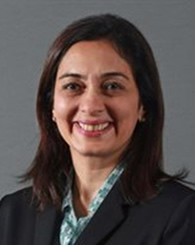 Sarika Patel joined the ONR Board in October 2017, initially for a five year term; Sarika has since been re-appointed for a second term to 30 September 2027. Sarika brings to the Board significant commercial and leadership experience in the public and private sectors, both nationally and internationally.

Sarika Patel is a business leader with nearly 30 years of public, private organisational experience. Sarika is a Chartered Accountant and a Chartered Marketer, and is also a graduate in law.

Sarika started her professional career at Price Waterhouse and has had senior roles in both the public and private sector. (She was the Director of Innovation at London Development Agency. From there she moved into the 'advisory' business as National Head of Technology at Grant Thornton. She then led the European operation of a large Indian conglomerate MW Corp, including running a manufacturing business based in Italy, before joining Zeus Caps. She stepped down from Zeus in Dec 2017).

Sarika has a number of non-executive positions in her portfolio. She is chair of Action for Children. She is a Non-Executive Director and chairs the Audit committees at SEEIT plc, Foresight Sustainable Forestry Co plc, Sequoia Economic Infrastructure Income Fund Limited, and of Aberdeen Standard Equity Investment Trust.

Her previous non-exec roles include being a Commissioner at the Gambling Commission where she chaired the Audit, Risk and Assurance committee, being on the Board of Imperial Healthcare Trust, and member of the Court, University of Greenwich. 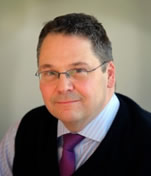 Simon was appointed to the Board on 5 March 2018, initially for a four year term; he has since been re-appointed for a second term to 4 March 2026. Predominantly experienced in the Defence nuclear sector, Simon brings to the Board major programme management experience in heavy engineering in nuclear power.

Simon is a graduate of the Sloan Fellowship, a Fellow of the Royal Academy of Engineering, and a graduate of the Major Projects Leadership Academy. He was appointed Managing Director of the Aircraft Carrier Alliance in September 2017 overseeing the building of the Queen Elizabeth class aircraft carriers. From April 2020, Simon held the position of Chief Operating Officer of BAE Systems Maritime and Land UK.  Simon was appointed Managing Director, BAE Systems Naval Ships on 4 January 2021.

Janet was appointed on 1 April 2020 for a five year term. Janet has spent the majority of her career to-date working in the nuclear sector (public and private both civil and defence) at senior and executive level with an expert interest in areas of organisational development, nuclear safety, security, environment, non-proliferation and policing (armed response).

She has been a member of both the Civil Nuclear Police Authority and the Government Committee on Radioactive Waste Management. She currently sits on the Tokamak Energy Regulatory & Safety Board.

She is a Chartered Engineer and Fellow of the Institution of Mechanical Engineers, a Freeman of the City of London, is a Liveryman of the Worshipful Company of Engineers, and has a PhD in nuclear reactor safety.

In May 2021 she was appointed as an Honorary Professor of the Nuclear Futures Institute of Bangor University.

He is an Executive Board member of the ONR and acts as Regulatory Head to provide independent authoritative expert advice on nuclear safety, security and safeguards to the ONR Board, Ministers and Parliament.

During the last 20 years he has successfully led ONR’s regulation across various sectors of the nuclear industry, securing improvements in safety and security performance.

Mark has 35 years’ experience of the UK’s civil and defence nuclear industry, combined with extensive international experience, having undertaken various senior roles within the international regulatory community. He provides authoritative leadership and insight on nuclear safety and its regulation.

Mark is a Chartered Fellow of the UK’s Nuclear Institute and has an honours degree in Mechanical Engineering.

Sarah graduated from the University of Durham in 1993 with a Geography degree and qualified as a Chartered Accountant with PricewaterhouseCoopers in 1998, working in the PwC Greater London Public Sector Audit and Advisory division until relocating to the North West in 2000.

Sarah joined BAE SYSTEMS as an Internal Audit Manager and business advisor to the Operations business in 2000 before moving to EDS in January 2002 to a senior management accounting finance role supporting the DWP account. She joined the Civil Service (DWP) in May 2004 and held a variety of senior positions in the Department including Head of Commercial Support, Deputy Director of Finance (DCS), Head of Finance Policy and Practice (Resource Account lead), Head of DWP Business Intelligence, Senior Finance Business Partner for Pensions and Operational Excellence Directorates and Head of Finance Profession Capability.

Donald has worked in the UK nuclear industry for more than 30 years and has extensive experience as a successful senior industry leader, regulatory leader and nuclear safety professional. During his career he has worked across the defence, civil operations, decommissioning and nuclear new build sectors, making notable contributions to each.

Having most recently held the appointment of Director of ONRs Operating Facilities Division, Donald has since been appointed to the recently created post of Executive Director Operations. In this capacity, he has assumed responsibility for the day to day leadership of ONRs regulation of the UK Nuclear Industry.

Within ONR, Donald has held a range of senior regulatory appointments: as Director of ONR’s Operating Facilities division, as Director of it’s Cross ONR division, as Head of ONR’s Emergency Planning and Response team, as Head of Radioactive Materials Transport regulation, and as ONR lead for delivery of the Generic Design Assessment of Hitachi’s UK-ABWR reactor design. He has also, in the more distant past, held a wide range of site inspector and project delivery lead roles.

Donald has an honours degree in Physics, and master’s degrees in Medical Physics/ Radiation Protection and Business Administration. He is a long-standing Member of the Society of Radiological Protection and is a Chartered Radiation Physicist.

Geoff joined the Public Sector in 2010 as an IT Senior Finance Business Partner for DWP and became the Deputy Finance Director for DWP Digital in 2013.  In 2017 he joined the Department for Transport as their Group Head of Financial Accounting and Control, supporting their key Arm’s Length Bodies including: Network Rail; Highways England, and HS2.  In 2020, Geoff re-joined DWP as their Head of European Social Fund for England, leading and managing a large, geographically dispersed team to deliver a £3bn employment and skills programme to support the most disadvantaged people in Society.

Pre-2010, Geoff worked in senior commercial finance roles in the Private Sector, including four years with Barclays Bank, supporting their IT Division and since Jan 2020, he supports the Third Sector on the Board of Trustees for the Citizens Advice, Halton.

Geoff has an honours degree in Accounting & Finance from Manchester University and is a CIMA qualified accountant.  His work passions are: making a difference; driving change; building capability, and empowering people to grow.