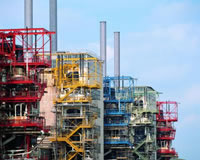 Chapelcross is a four-reactor station with eight 30 MW turbines now undergoing  decommissioning. At full power when operational, the station produced enough electricity to supply every home in South West Scotland, the Borders and Cumbria.

It was the first nuclear power station built in Scotland. Electricity generation started in 1959 and ceased in June 2004. The site completed defuelling ahead of schedule and is now in its decommissioning phase.